This Land Is Mine from Nina Paley on Vimeo.

Conflicts throughout the world have become ever increasingly complex in their beginnings and ongoing outcomes. Trying to understand why the Arab Spring began and how it spread throughout North Africa and the Middle East or who the myriad of participants in the now five-year-old plus Syrian Civil War takes a significant amount of focus and tenacity to absorb details from media sources or history books. Enter the infographic, a relatively new form of media that attempts to squeeze the complexity of modern-day social, economic, and political issues into a few minutes of clarity.

With little more than the Adobe Suite, Apple Keynote, or Microsoft PowerPoint, it is possible to create an infographic. The basic required technologies are a computer, smart phone, an Internet connection, and the graphical software. And aside from some artistic talent to make information clear and pretty, the most important component for effective infographics is a point of view. 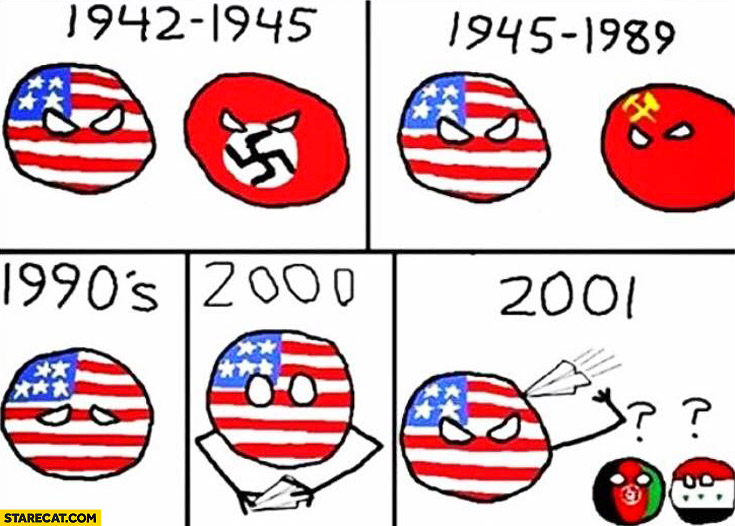 All of the infographic examples shown here are built upon research and authorship, and they are produced by someone or a group aiming to portray a complex issue through a lens shaped by a perspective with a driving motive.

This Land is Mine by Nina Paley is a graphically beautiful 3-1/2 minute video that could be ironically funny were it not based on violent historic events. Its only narration is a recording by the same name sung by Andy Williams and originally composed by Ernest Gold as the theme for the movie, Exodus, with the lyrics added later by Pat Boone. The animation lists Early Man, Canaanites, Egyptians, Assyrians, Israelis, Babylonians, Macedonian-Greeks, Ptolemaics, Seleucidians, Hebrew priests, Maccabees, Romans, Byzantines, Arabian caliphs, Crusaders, Egyptian Mamluks, Ottoman Turks, 19th century Arabs, British, Palestinians, European Zionist Jews, PLO-Hamas-Hebollah fighters, Israeli military, and Guerrilla-Freedom fighter-terrorists hacking and shooting their way to claim Palestine with a finale featuring The Angel of Death, who Paley calls “the real hero of the Old Testament, and right now too.”

Although Cartoon Network-like stylistically, Paley’s video is a lesson of research down to its chronology of conquerors and its attention to costume. By placing the Israeli-Palestinian conflict in a larger perspective of global history, the idea of right-of-ownership logic becomes trite and a win-win for the Grim Reaper only. As such, This Land is Mine could be seen as a highly imaginative humanitarian effort to emphasize the disproportionate benefits of land ownership versus the gruesome loss required to defend it.

Daily Life, who I think produced Israel and Palestine: An Animated Introduction, presents the Israeli-Palestinian conflict in hand-drawn stick figure-like diagrams, a popular infographic style that removes literal interpretation of people or scenes and reduces the components of a topic to a common visual language. Robert Reich of the University of California in Berkley has produced dozens of social-economic infographic videos using this hand-drawn style. It’s like a one-on-one discussion to make a point while we peer over the lecturer’s shoulder. It’s kind of a do-I-have-to-spell-this-out-for-you-on-a-napkin? approach explaining ideas.

Mint Press, in their video Understanding the Syrian Crisis if Five Minutes (as if such a thing were humanly possible), also uses hand-drawn symbols — and a human hand too. What transpires in five-plus minutes is an avalanche of drawings introducing a complex web of international players participating in the Syrian Civil War. More precisely, it exposes the relationship between the US and its allies who support the Islamic State of Iraq and the Levant and Al Qaeda — the takeaway being that we are recklessly feeding two opposing fires fueling war at the expense of hundreds of thousands of lives.

While I may sound supportive toward this media public service, I am only partially so. Diagrams are helpful, and by visualizing political groups; their affiliations; where fighters and weapons come from; quantities of things like money spent and lives lost; or the timeline of events as they occur, can provide clarity on political and social conflicts that are usually anything but clear.

But I am concerned on three accounts: first, despite all of the charts, clever illustrations, and animations, what we are really seeing is something almost never revealed, and that is a point of view. Each of these examples contain content that drives emotional connection to a particular motive. Like in politics, data is presented in a way to enhance emotional response to influence opinions.

Second, authoritative as these videos seem, they are largely always without sources, and that means facts, data, and perspectives, if any, have undergone some level of manipulation to support the authors’ point of view.

Third and finally, these infographics are created by Western producers projecting authority Eastward. Imagine, if you will, the perspectives of Syrian or Iraqi media authors using infographics to explain Black Lives Matter, Occupy Wall Street, or US involvement in Afghanistan — it would be a very different point of view on racism in America, disproportionate wealth, or US military activity in Middle Asia than what we here in the midst might think. The point is that efforts to explain history or current affairs in the Middle East through a Western eyes generates an seemingly authoritative understanding that often excludes unquantifiable public, social and political drivers igniting or sustaining conflict situations.  At Columbia, we read an enormous amount of Edward Said’s works. In Covering Islam, he states:

It is only a slight overstatement to say that Muslims and Arabs are essentially covered, discussed, and apprehended either as oil suppliers or as potential terrorists. Very little detail, the human density, the passion of Arab-Muslim life has entered the awareness of even those people whose profession it is to report the Islamic world. What we have instead is a limited series of crude, essentially caricatures of the Islamic world presented in such a way as, among other things, to make that world vulnerable to military aggression.

I will admit, that there is greater exposure of the humanity of peoples of the Middle East represented in news and social media than in previous decades, but that’s not part of the infographic vehicle for the most part.

Yet the graphic designer-brand creator part of me is attracted to not only the creative delivery of information, but also the opinions, even when the data is mysterious, and I don’t know who’s trying to persuade me. I have friends posting memes on their Facebook pages inciting some political or social accusation containing a smattering of unsourced statistical information. I sometimes check them, and frequently the memes are false or a skewed to compel an opinion or promote a slur. I mostly hate them, but in a way, I understand the power of the perpetrator to spread an opinion like the flu at a church social, and that kernels of truth provide both understanding or character assassination.